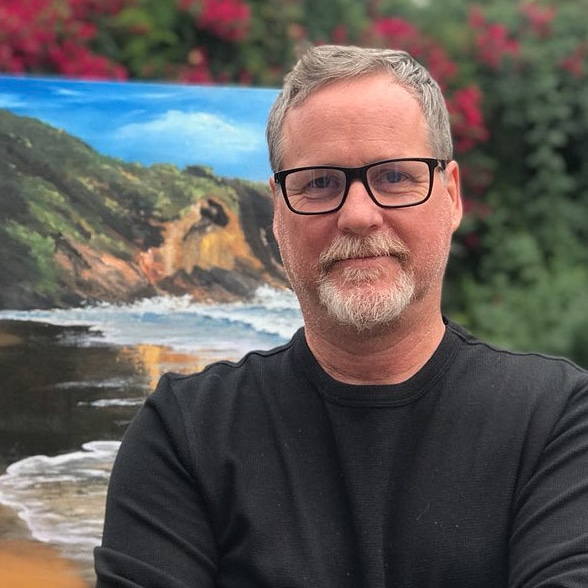 Randall Holbrook grew up in Huntington Beach, CA, and has worked his way south over the years eventually ending up in cozy San Juan Capistrano where he now resides with wife Therése and daughters Camille and Alivia.

Always doodling and cartooning, his father gave him an old painting box full of oils from his college days that is still in use today. On a trip to New York in 1983, a book by Anaïs Nin introduced him to the French Surrealists and the American expatriates in Paris of the 1930’s and was instantly attracted to the genre, still a strong influence in his work. 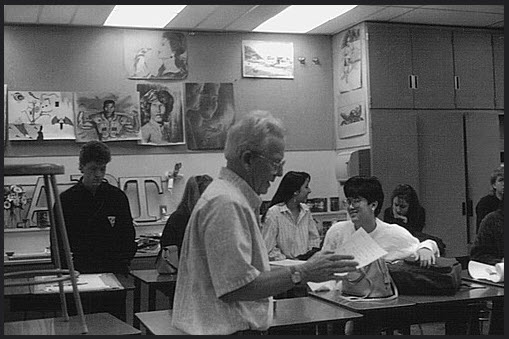 Jerry Nicholson
Working in the advertising field as a freelance graphic artist and illustrator has given him the opportunity to use a variety of media and styles, which translates into his painting: each piece is an exercise in techniques, subject matter, and patience.

Randall is a member of the Southern California Artists. His art is in private collections in California and Utah. 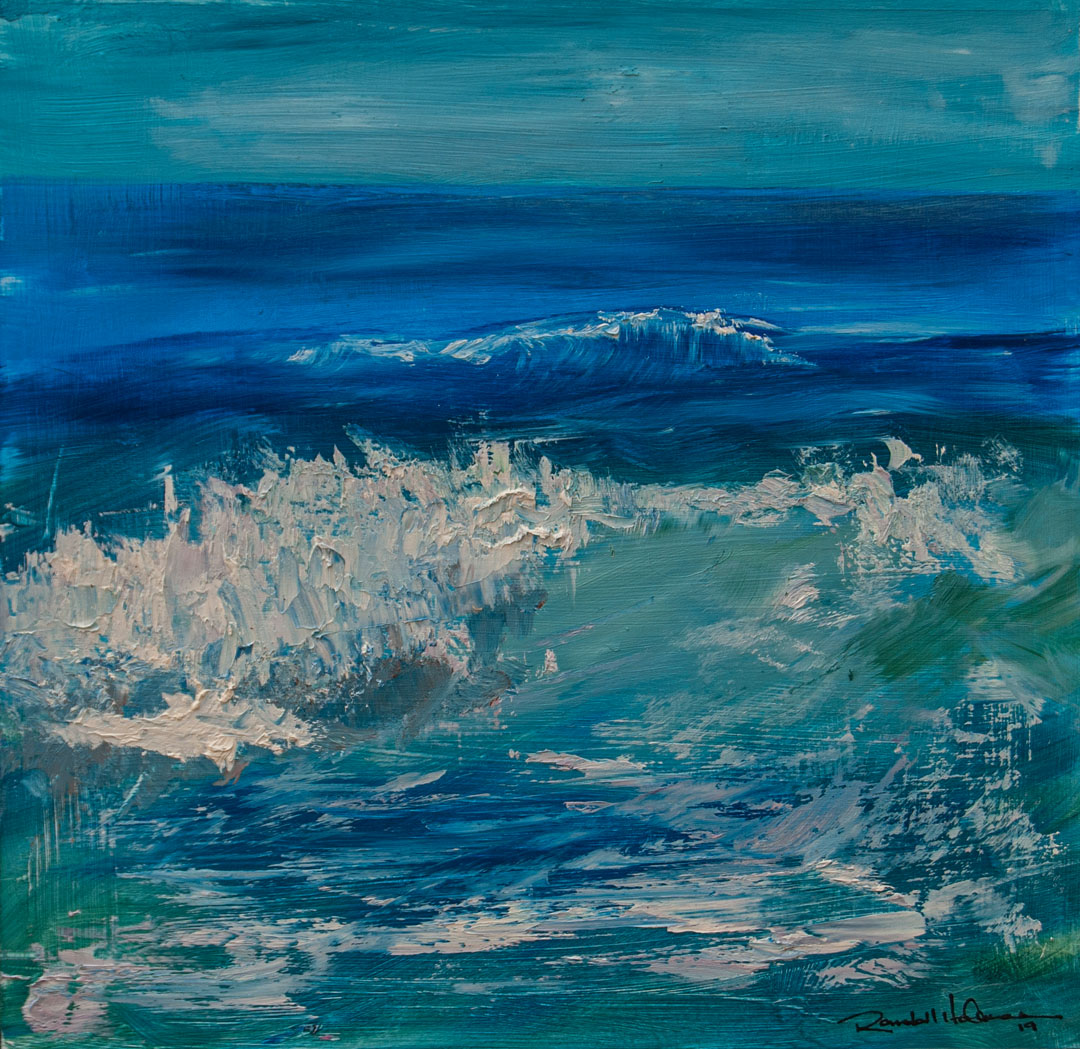 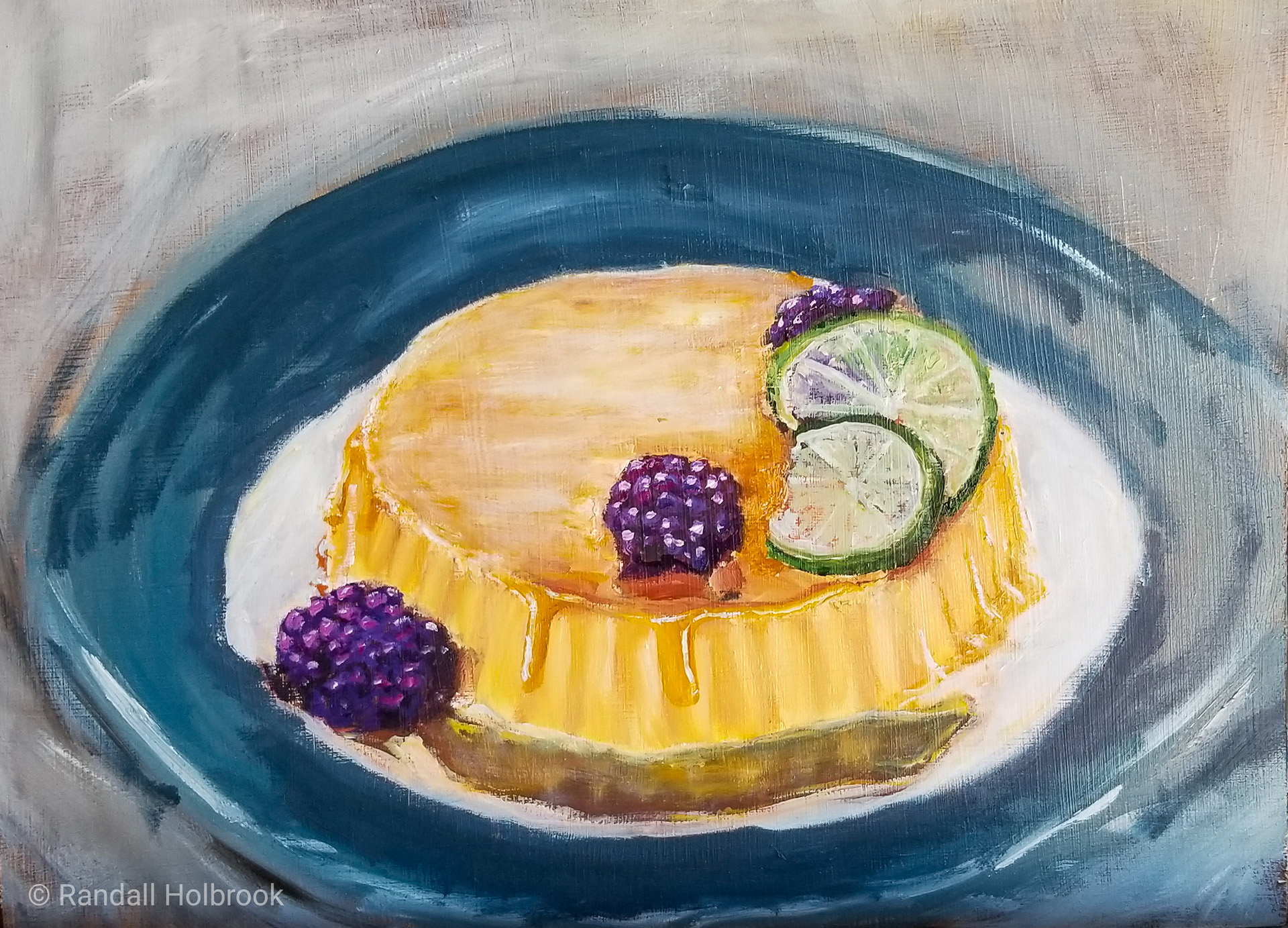 The Golden Spirit Floods Down In Splendid Abandon
2019 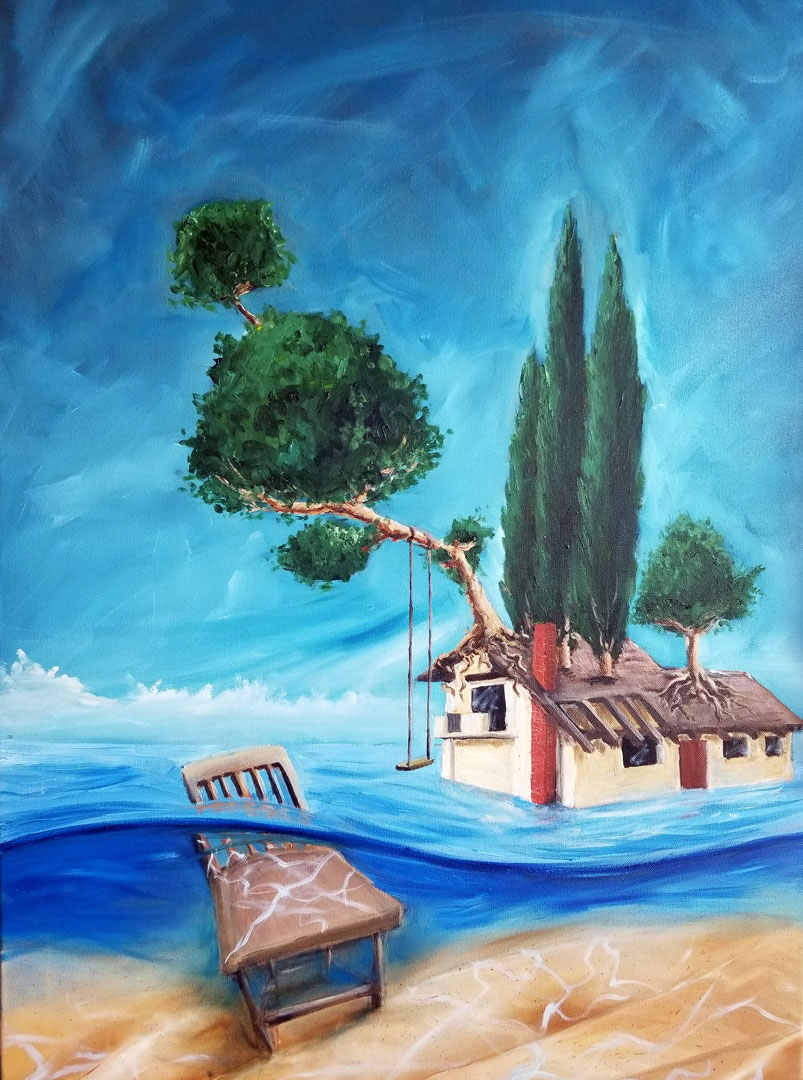 No one knew just why it happened or whether it would happen ever again on this fretful earth.
2017 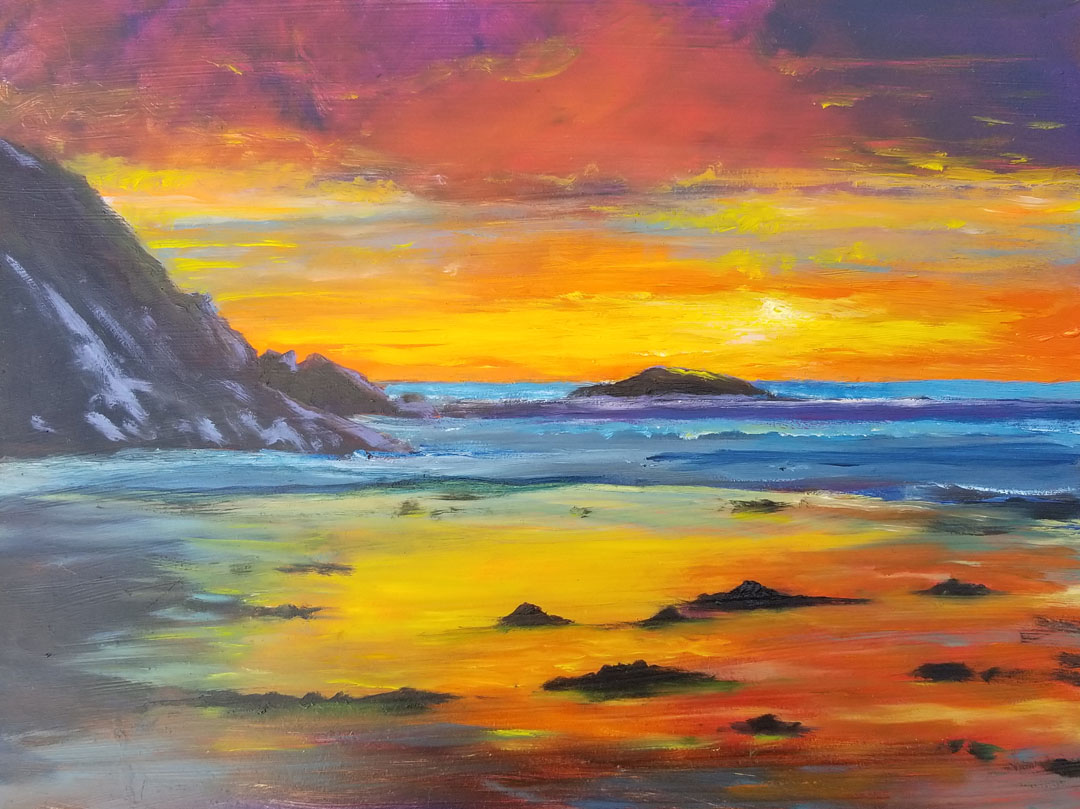 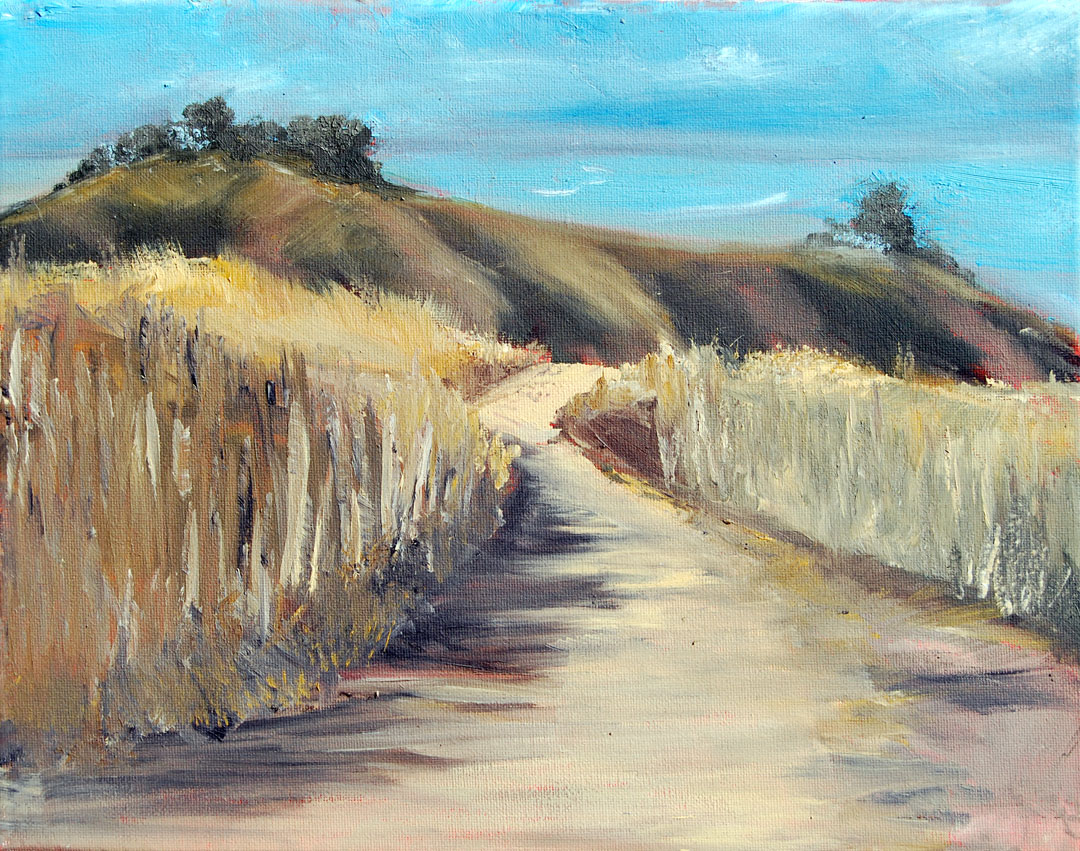 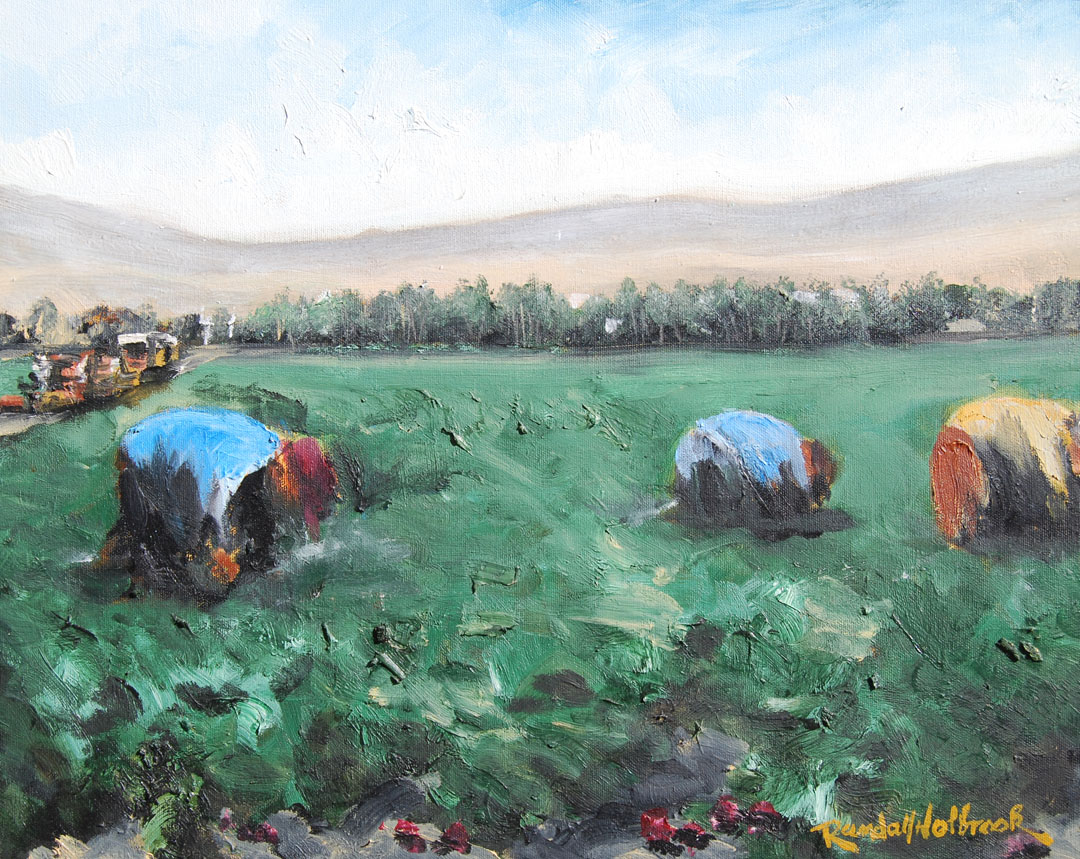 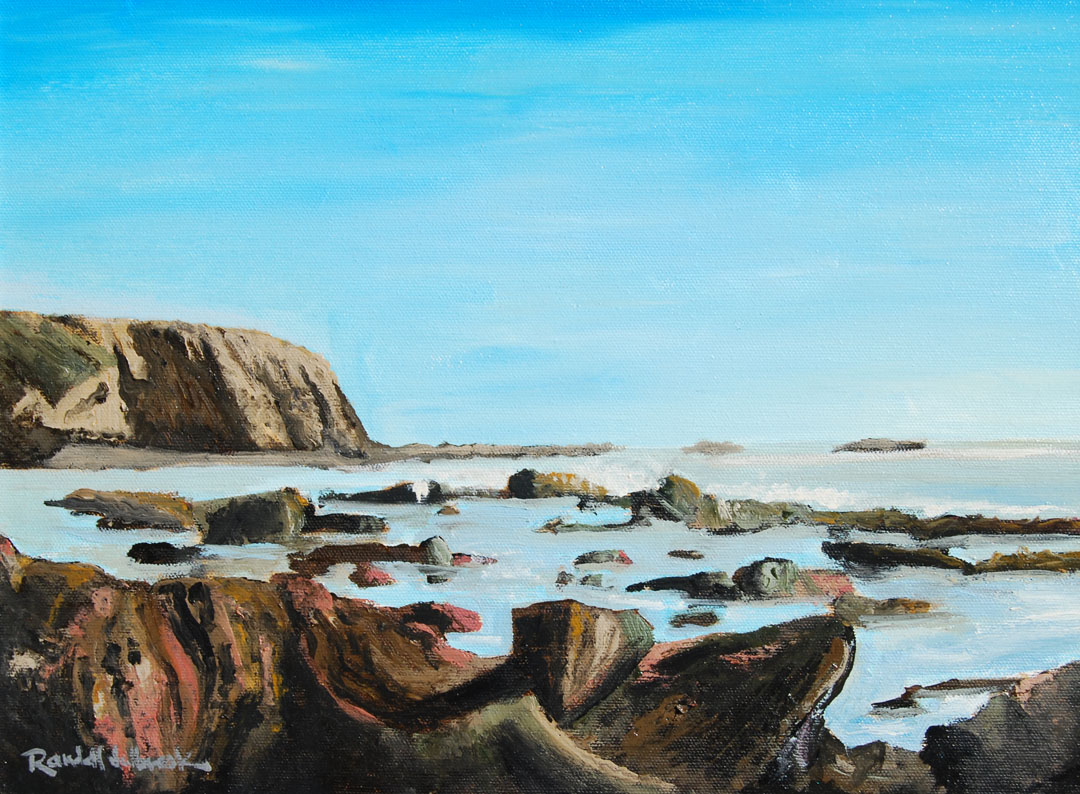 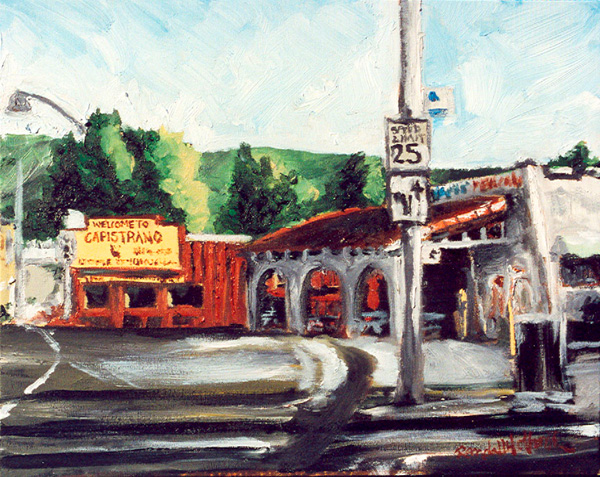 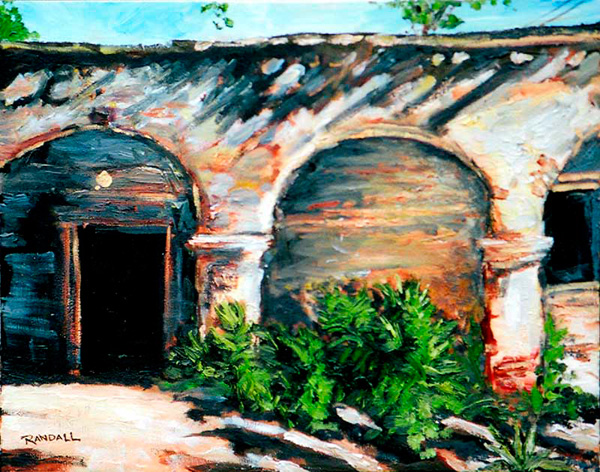 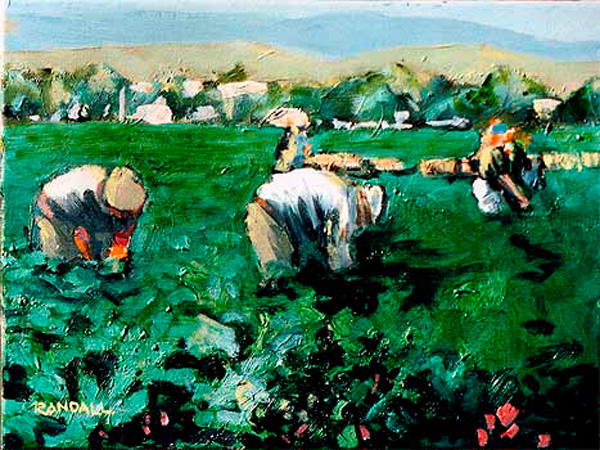 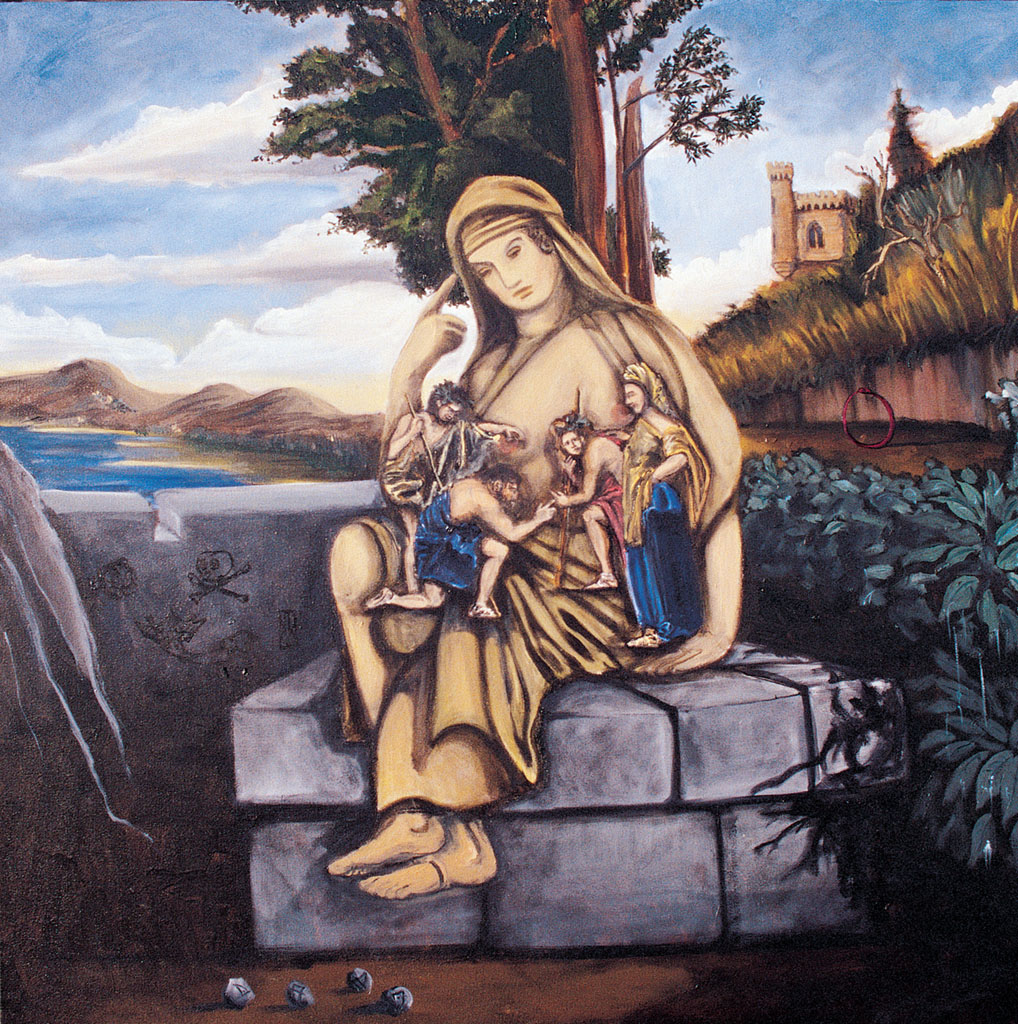 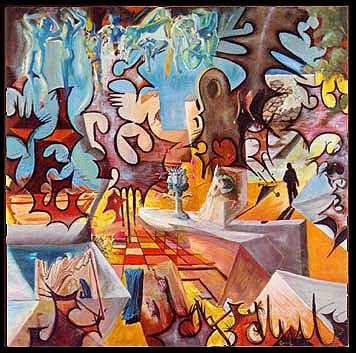